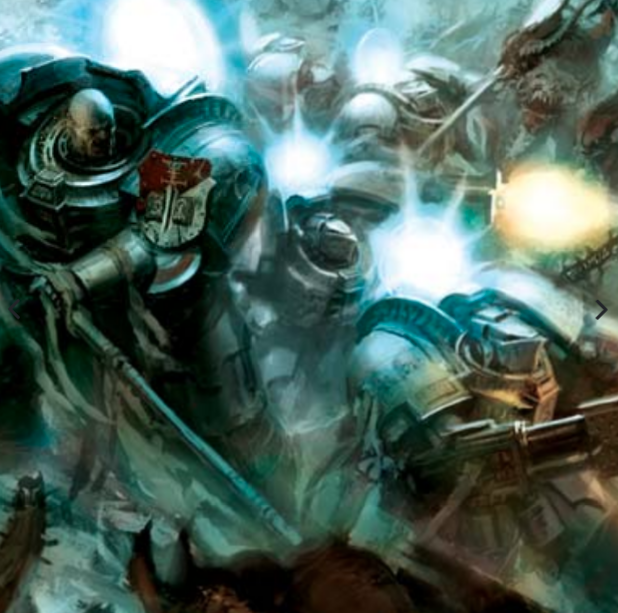 Losing GreyKnight lists take the top spot at the Barrie bash! Grey Knights and Zombie Knights of House Taranis led the Imperium on a Crusade as GT winners this past weekend.

David here with Nights at The Game Table. This weekend the Imperium of Man continued to be a dominant force in the tournament Meta.

The 8th Barrie Bash had Grey Knights strike from behind and pull out a first-place win from Genestealer Cults. The Grey Knights pulled off a surprise GT win which resulted in the only event without an undefeated player. The eventual winner lost game 3. Dustin Henshaw was clearly in the running after going undefeated for 5 rounds. His round 5 victory was by just 1 point over Diogo Pita. CanHammer teammate Devin Swann would avenge his fallen Grey Knight brother with the same list. Double Paladin Squads pioneered by Lawrence Baker, continue to crush in the meta especially when fuelled by double battalions.

4 out of the 5 Grey Knight players at the Barrie Bash featured 20 paladins in 2 squads. The Grey Knight list with 10 paladins only managed a 2-4 record at the event. Grey Knights should have an easy time cutting through Possessed Bombs like Georg Bobkov’s Slaanesh Winning List.

The durability of a Paladin squad starts with its basic terminator armor 2+ armor save and 5++ invulnerable save for these 3 wound models. With Psychic Awakening, their durability Increased with the Tides, Stratagems, new psychic powers and prayers from the Terminator Chaplain.

Armored Resilence for the -1 to wound on the Paladins and Sanctuary for the +1 to their invulnerable save are the psychic powers used to protect them.
Warding Staves add +1 to invulnerable saves in melee and is usually not carried by models with Heavy Weapons.

The Litanies of Faith to ignore mortal wounds on a 5+ and Refrain of Convergence are the defensive prayers.

The tide of Shadows counts as an in cover and additional -1 to hit stacks well when you know you aren’t going first.

Redoubtable Defence to reduce the damage taken from attacks by 1 to a minimum of 1 will keep the Paladins alive twice as long versus damage 3 weapons.

Of course, the best defense is a good offense and Paladins have that as they can stack offensive buffs even at the expense of defensive ones such as Armored Resilience.

The Maryland Open had one undefeated army. The Imperium players continue on their Unstoppable march with Alex Brown and his Imperium list.

Alex Brown ran a House Taranis list of a Castellan and double Crusaders with Thermal Cannons. They also had a Stygies battalion 2 Tech priest Enginseers, 2 Neutron Laser Dunecrawlers, and 3 ranger squads to fill out points.

This list starts with 14 command points. Plenty of points to make all 3 knights characters. Mechanicus knights have great relics including Cawl’s Wrath and the Fury of Mars for House Taranis. The Fury of Mars can be used to get past the short-range limitations of the Thermal cannon. The addition of the Stygies battalion is good because of their built-in protection of the additional -1 to be hit. The Admech detachment allows for the healing of the Knights as well as other stratagems.

For example, Knight of the Cog will help the Knights with shooting or allow for a 1+ armor Knight versus shooting depending on Relics and which canticle is chosen. Since Knight of the Cog is not played during a phase but rather at the start of the battle round several Knights could be Knights of the Cog at the same time. This will never happen as those Command points are needed elsewhere such as Machine Spirit Resurgent and Zombie Knights. (Our Darkest Hour).

It’s as if a new Crusade was called spearheaded by the Grey Knights and their Paladins. The Imperium, when compared to the Imperiums standings in last week’s meta, remains unstoppable and is the force to beat in the tournament meta.

If you’d like the Nights Team to give you a free Army List designed for you free of charge click this link to schedule a time with one of our team members: https://nightsarmybuilder.youcanbook.me

Talk to the Night at the Game Table team and discuss this Blog post with them join Game Talk For Gamers https://www.facebook.com/groups/GameTalkForGamers