Hey guys, this weekend I’ll be going to the Triumph GT in New Jersey! It will be a classic 2000 GT using slightly modified ITC missions that will now incorporate an end game portion to the missions as well. For once, I’m not specifically tailoring my list for the event, as I normally preach in my 7 Steps to Win a Tournament article, and that’s because I’m actually using this tournament to prepare for the even larger and more important the European Team Championship where I’ll be representing America for the 6th consecutive year!

There will be some really big fish in this relatively small pond, such as up and coming locals like Jack Harpster, Brad Nichols, Amir Golpoor, and the now infamous Tubby who I’m sure many of you recognize from my stream. Also, some fellow Team America members like Nick Rose and Steve Pampreen! I certainly have my work cut out for me with this one.

I’ll also be doing some facebook live streaming in the Nights at the Game Table Members group throughout the event, so be sure to check that out and become a member yourself! 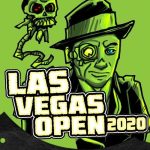 Everything We Know About Games Workshop’s Previews from LVO – Aelves to Zoats -Warhammer...

40k The Nights Team - January 27, 2020
0
If you somehow haven't heard yet, LVO just happened this past weekend! While at LVO, Games Workshop decided to preview some awesome... 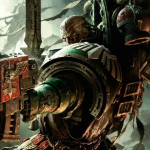 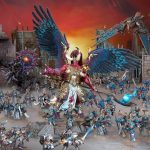 Warhammer 40k Thousand Sons Tactics – Ritual of the Damned – Nights at the...

40k koolkruse - January 23, 2020
0
Ritual Of The Damned is the upcoming release for Psychic Awakening, rife with rules for the Thousand Sons, Dark Angels, and Grey...

Everything We Know About Games Workshop’s Previews from LVO – Aelves...